PHYSICAL DESCRIPTION:Otto is 5'8" with an average build. he isn't the most athletic, but he's fast and smart. his legs are amputated just below the hips and he wears high tech prosthetic legs from the future. he wears a WW1 american army uniform most of the time. he also has a tooth gap.

PERSONALITY:Otto has somewhat of a split personality. usually, he is very happy and outgoing, willing to make friends with anyone. he's kind of nerdy, and gets nervous when he's alone. on the other hand, if he gets angry, he gets VERY angry. he will relentlessly insult the people around him and isnt afraid to get in a fight if he is angered. when he recovers and calms down, he has a hard time remembering what he was angry about. he isnt very sensitive to pain, a fact which can unnerve others.

BACKSTORY:growing up, Otto was viewed as a friendly but strange kid by his parents and peers. he would often fade in and out of reality, and travel through space and time at random. this continued into his teenage years, allowing him to see many different things in different dimensions. although he wanted to be an extrovert, he had to be alone a lot so nobody would find out about his strange ability. when he was a young adult, he was sent by his parents to fight in world war 1. while in combat, he developed gangrene in both of his legs. ina moment of fury and confusion, he amputated his own legs and passed out. as he was on the brink of death, he got transported to the distant future, where he was given immediate surgery and prosthetic legs. he tries to live a normal life, but he can never truly settle down, always travelling from dimension to dimension. 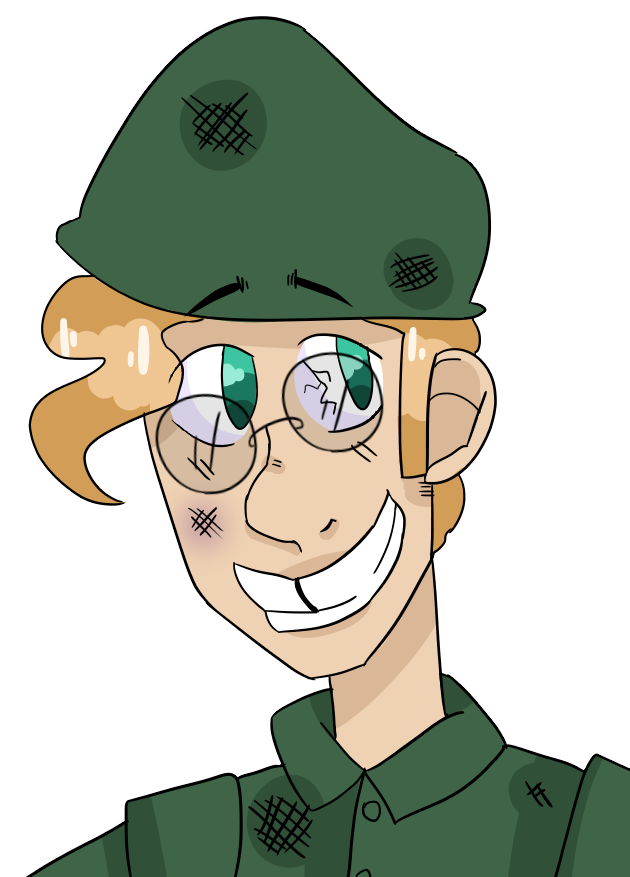